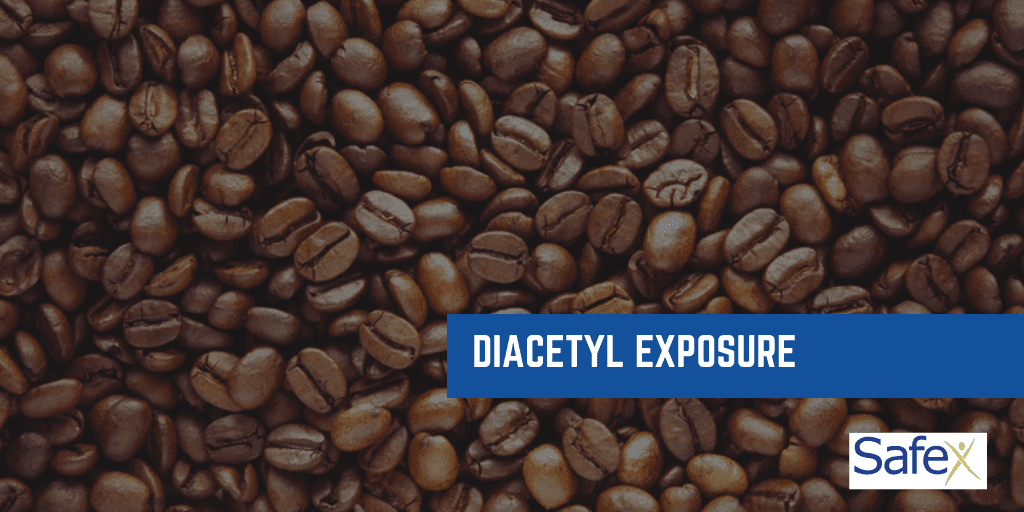 Savoring that cup-o-joe is something many of us do each morning. But when you’re consuming your caffeine, do you ever think about how those coffee beans became the coffee in your cup?

Making the drink is a laborious process that includes workers roasting and grinding the beans. You may not know, but coffee naturally contains a chemical compound called diacetyl and it’s released during the roasting process. (Diacetyl is also found in many foods and beverages, like milk, cheese, vinegar, and in added flavorings.)

While the U.S. Food and Drug Administration says diacetyl is safe for consumption, diacetyl inhalation is suspected to be connected to a lung disease known as bronchiolitis obliterans.

Recently, diacetyl has received media attention. You may remember hearing bronchiolitis obliterans referred to as “popcorn lung” after workers in a butter flavoring plant were diagnosed with the disease.

This case resulted in several studies, including one by National Institute of Occupational Safety and Health (NIOSH). They conducted health hazard assessments at multiple coffee facilities, including roasters, packaging facilities, and one retail café where large amounts of coffee were roasted on-site. Exposures among coffee producers were found during roasting, grinding, and packaging, as well as when flavors were added.

How are workers being protected?

While OSHA does not have a permissible exposure limit (PEL), NIOSH and the American Conference of Governmental Industrial Hygienists (ACGIH) have occupational exposure limits for diacetyl. Keeping workers safe is important. We recommend three different strategies to control diacetyl exposures:

E.g., Adjustments to ventilation, such as using hoods to capture fumes where they are released or increasing fresh air intake. Or finding    ways to enclose the roasting and grinding processes.

Employers can use a combination of all three categories to reduce potential exposures.

Concerns about worker exposure to diacetyl or other chemicals?

The team of Certified Industrial Hygienists at Safex is at the ready. We perform indoor air quality assessments regularly and have the tools and knowledge to help keep employees safe and on the job. Contact us today.